*This is an article I wrote for our school paper last 2016. I just thought of posting it here on my blog because the issue is still relevant today.*

When Facebook asks you, “What’s on your mind?”, think about it. Don’t hit the keyboard just yet. You have to think deeply and figure out what really is on your mind. Do not go ahead and post what you are doing, what you are eating, where you are staying at, or the fights you have with your boyfriend/girlfriend. You might be willing to live under the public’s eye today but sooner or later, you will yearn for the past when people did not meddle with your life.

When Twitter asks you, “What’s happening?”, think about it. Don’t hit the keyboard just yet instead look around you. Open your eyes to the reality. Do not focus on the enchanting fake ‘reality’ created by the internet. What you see is what you get. But sometimes, that is not true when it comes to the internet. What you see in the internet might not be truth that you’re looking for. Netizens have become experts in making up believable stories and lies.

When you read a news article with a striking headline, click it. Don’t hit the keyboard just yet. Take time to read the full article and better yet, do some more research. Some news article headlines create confusion and outrage to the netizens. Sadly, that’s just how media works. In order to catch the attention of the public, they resort to creating scandalous issues that divides the public’s opinion. And most of the time, the public falls for it and involve themselves in heated arguments. Must be fun watching people going at each other’s throats (virtually of course, ha!) while benefitting from it.

When you see a comment that infuriates you, stop for a minute. Don’t hit the keyboard just yet. Don’t react too quickly. Remember, nothing good comes out when you do something out of anger. Emotions can sometimes tend to cloud your minds. When you become irrational from too much emotions and you confront another impassioned person in the comment section—like a twin volcano, you’ll both explode. And there’ll be nothing but bitterness and bad blood in the comment section. There are people who virtually exist to annoy others. The best you can do is to not give them attention.

When you watch a viral video that makes you hate one of the people involved, please, don’t hit the keyboard just yet. They say there are two sides of a story and obviously one side has been shown and the other is yet to be unfold. There are people who uploads videos and acts like victims then proceed to take advantage of the situation for fame. Some people uploads videos of taxi drivers who allegedly mistreats them. Others upload videos of disgusting stuff they found in their drinks or food they have bought. As a viewer, you never really know who is right or wrong because you have only been fed by what the uploader picked for you to eat. That is why being skeptical and critical at times is helpful. I understand that the social media has become a platform to expose wrongdoers, still, I hope that everyone understands that the social media is also full of trolls.

This is for all the people out there but I guess I’m putting more burden to us, students. I truly expect that everyone of us has instilled the attitudes of being logical, skeptical and critical. It is saddening to see familiar names on social media ranting nonsensical things without actually analyzing the real issue. Do not hit the keyboard and argue recklessly with others.

This is just a speck of dust of what has become of social media and how it affects us. There are much more to talk about, more issues and growing concerns regarding the use of social media and these issues won’t stop here and now. It would probably go on for more decades. So, just like what the incredible Malala Yousafzai said, “What is interesting is the power and impact of social media… So, we must try to use social media in a good way.” 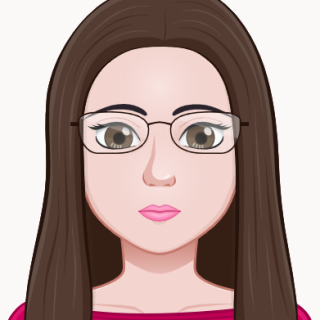 Goodbyes are sometimes for the better. 🖤
Why do we leave behind what is good for us? .
all too familiar...
It’s inevitable. We just have to learn to deal with it properly.
I’ll get to where I want to be... slowly but surely. 😌💛
Never too late to hope for an amazing new year! 💕

What my readers are loving!